Feedback
the Arya Challenge
the floor is lava

What is the Biles?

The Biles is the name of three separate gymnastics moves named after US gymnast Simone Biles, who is widely regarded as the greatest gymnast of all time. Another move named the Biles II is also named after Biles.

The moves—in vault, balance beam, and floor exercise—are named after Biles according to the gymnastics tradition of naming a move after the first gymnast to successfully perform it in competition.

As of July 2021, Biles is the most accomplished gymnast in history with five Olympic medals (four gold and one bronze), 14 world medals (the most of any gymnast), and 10 world championships (the most of any female gymnast). Many consider Biles to be the GOAT (greatest of all time) in gymnastics as well as one of the greatest and most dominant athletes in history.

Example: Those in the crowd tonight were able to witness greatness in the form of Simone Biles performing—for the first time—the move that will now be known as the Biles.

Where does the Biles come from? 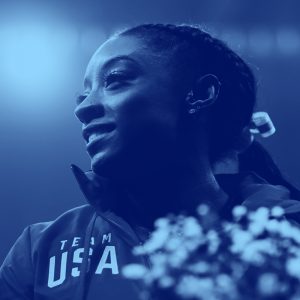 In gymnastics, it is traditional to name a maneuver after the first gymnast to successfully perform it in competition. Examples include the Liukin (a type of front salto named after Nastia Liukin) and the Yurchenko (a vaulting maneuver and its variants, named after Natalia Yurchenko). Simone Biles is the only female gymnast to ever perform the Yurchenko double pike vault in competition.

The four moves named after Biles are officially recognized by the governing body of gymnastics, the International Gymnastics Federation (FIG).

At the time, the FIG gave the beam version of the Biles a difficulty rating that was lower than expected for a move so advanced (thus limiting its point value when performed in competition). The FIG later issued a statement saying that the lower rating was meant to discourage attempts of the Biles due to the maneuver supposedly being so difficult that other gymnasts might injure themselves trying to perform it. The FIG’s decision was widely criticized, including by Biles herself, other gymnasts, and gymnastics officials.

Examples of the Biles

≠I want to do The Biles. All of them. Beam, vault, two on floor...I’m on this. 👍
@ShannonFrostGre, March 24, 2021
Biles wowed the crowd in St. Louis on Friday night during the first night of the women's performances at the U.S. Team Trials to qualify for the Tokyo Olympics next month. Included in her first night was delicately executing her own move, "The Biles," and then sticking the landing.
Scott McDonald, Newsweek, June 26, 2021

Who uses the Biles?

The Biles and the Biles II are often cited in discussions of Simone Biles’ career as examples of her greatness.

. @Simone_Biles performing the "Biles II" on floor at the Olympic Trials in St. Louis, June 25… I cannot communicate how ridiculously fast this is in person

(From a remote stills camera on assignment for Reuters) #Tokyo2020 #gymtrials21 pic.twitter.com/1mB6MiHDIi

Simone Biles is just amazing to watch on all levels! Congrats on a vault now called the Biles! #TeamUSA

need to brush up on my physics because "the biles" (double layout, 1/2 twist out/front landing) still doesn't seem possible. #Gymnastics

This is not meant to be a formal definition of the Biles like most terms we define on Dictionary.com, but is rather an informal word summary that hopefully touches upon the key aspects of the meaning and usage of the Biles that will help our users expand their word mastery.