What does ligma mean?

Don’t fall for it! Ligma is a made-up disease and internet hoax claimed to have killed popular Fortnite video game streamer Ninja. When people not in on the joke ask “What is ligma?” pranksters reply with the crass pun “Ligma (lick my) balls” or other such slang term, like nuts.

Where does ligma come from? 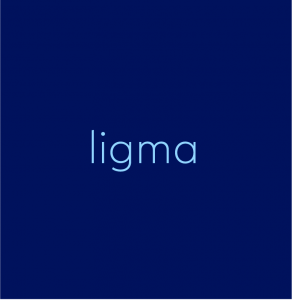 Ligma spread as a joke in May 2018. It’s based on other jokes that feature an unusual word that sets a person up for a silly, often vulgar punchline, e.g., updog or deez nuts.

In the case of ligma, when someone uses ligma, the goal is to get another person to ask “What’s ligma?” The response is something along the lines of “ligma balls,” with ligma meant to sound like “lick my.”

Two such ligma jokes were found on social media in late May, early June 2018, but ligma picked up steam in mid-July surrounding a hoax that spread on Instagram by user @ninja_hater about the death of Ninja. Ninja is the alias of Richard Tyler Blevins, a professional gamer and popular streamer of the online video game Fortnite.

On July 17, 2018, further fueling the hoax was that Ninja—who stopped streaming, apparently because he was on a flight—died of a rare disease called ligma. The joke spread online and various websites picked up the viral story about the prank.

While Ninja briefly threatened to get users banned for mentioning ligma in any chats on his streams, he eventually joined in on the joke after hit YouTuber PewDiePie uploaded a video covering ligma.

Shortly after ligma in late July, variations on the joke began popping up on social media, including sugma (“suck my balls”), Sugondese (“suck on deez nuts”), and grabahan (“Grab a handful of my nuts.”)

my cousin and i are trying to convince his mom there’s an epidemic called ligma that’s carried by mosquitoes
@READPHF, July 2019
Yay I can’t wait to take a 12hr drive at the end of August or beginning of September yeah it’s totally not like I’m gonna die of car ligma or anything
@Svylveongamer1, July 2019 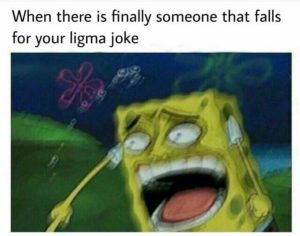 People joke about ligma being a real disease, humorously imagining diagnosis and treatment.

Just found out I have Ligma and slight case of Sugma. Anything helps💧 pic.twitter.com/SPVCbLHssN

V-dante…is this your idea of a joke?

Dante- no… *Cough* i caught something after I killed Urizen.

Ligma is discussed in terms of the Ninja “death hoax” and the ligma memes it generated.

Finally, ligma has become taken up to some extent by gamers as a kind of stand-in for something extremely undesirable or expression of ill will.

Sometimes ligma is used with the force of the insult “lick my balls.”

When I got to work this morning and found out that 3 of my coworkers called out. 😒 #ligmaballs pic.twitter.com/hsaYRM7ri1

This is not meant to be a formal definition of ligma like most terms we define on Dictionary.com, but is rather an informal word summary that hopefully touches upon the key aspects of the meaning and usage of ligma that will help our users expand their word mastery.