What does DNI mean?

DNI stands for Director of National Intelligence. The DNI is a high-ranking government position that serves as the head of the United States Intelligence Community. The DNI is appointed by the president and confirmed by Congress.

The Intelligence Community consists of 18 government departments and organizations, which include the Central Intelligence Agency (CIA) and the Federal Bureau of Investigation (FBI). These 18 organizations have many different functions, including intelligence gathering and counterintelligence. According to the Office of the DNI, “intelligence” includes information gathered regarding threats to America, such as cyber threats, terrorism, and nuclear proliferation.

Because the actual work of the DNI is classified, the DNI often makes the news due to scandals or governmental infighting. During the Trump administration, DNI John Ratcliffe was criticized for selectively declassifying information in a way that benefited the president.

Where does DNI come from? 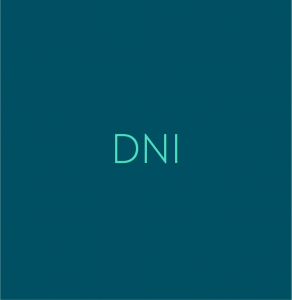 As is the case with everything involving the Intelligence Community, the actual work and daily business of the DNI is classified. The Office of the DNI considers the position to be the head of the Intelligence Community. By its own admission, this usually means that the DNI acts as an important advisor to the president and the executive branch as the DNI has access to all gathered information and intelligence.

According to law, the DNI is responsible for many managerial tasks such as balancing the budget of the various Intelligence Community organizations and overseeing transfer of staff between departments. Importantly, the DNI also oversees security standards and has the authority to declassify any intelligence they have access to.

Although, the DNI is in theory a higher ranking position than the director of the CIA, the two individuals have been noted to sometimes be at odds with one another and have come into conflict over power and authority, such as when DNI Dennis Blair and DCIA (Director of the CIA) Leon Panetta clashed over authority regarding the selection of personnel during the Obama administration.

As has been said, the actual work of the DNI is classified. For this reason, the DNI often makes the news during scandals or controversy. During the Trump administration, DNI John Ratcliffe was criticized for acting in support of the president despite the fact that the position is supposed to be apolitical; Ratcliffe himself also claimed he would not be influenced by politics.

Former DNI Dan Coats recommends social media execs help oversee election legitimacy
Lauren Feiner, CNBC (headline), September 17, 2020
The DNI, FBI Director, CIA Director, among others, will be testifying before the Senate Intelligence Committee tomorrow in open session. Among the many questions that need to be asked: Has Trump's shutdown—and the prospect of another—left the country less safe and, if so, how?
@nedprice, January 28, 2019

Because the work of the DNI is so secretive, the DNI often makes mainstream headlines when they are appointed or during controversy.

Obama called on the Senate to quickly confirm Clapper for the DNI post.

This is not meant to be a formal definition of DNI like most terms we define on Dictionary.com, but is rather an informal word summary that hopefully touches upon the key aspects of the meaning and usage of DNI that will help our users expand their word mastery.