NFT stands for non-fungible token. An NFT is a digital asset that has a unique identity recorded in a database. Translation? An NFT is a special bit of Internet content that has a “record” that allows its ownership to be tracked as it is traded from person to person.

As of 2021, NFTs often take the form of digital content, such as a JPEG, GIF, or video. In the early 2020s, NFTs dramatically increased in value as collectors started paying millions of dollars for them. NFTs work similarly to cryptocurrencies like Bitcoin or Dogecoin.

Example: Did you hear about the digital artist who sold a cat meme NFT for $30 million?

Where does NFT come from? 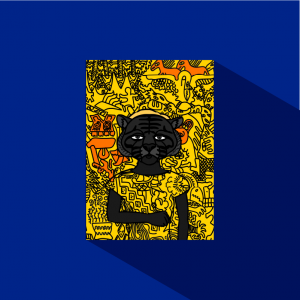 NFT is an acronym for “non-fungible token.” Fungible is an English word that means “being of such nature or kind as to be freely exchangeable or replaceable, in whole or in part, for another of like nature or kind.” To give an example, if I trade you my $5 bill for your $5 bill, nobody made a profit. A $5 bill is fungible because it is worth exactly the same as any other $5 bill.

A non-fungible token is a digital version of this idea. The token is an entry in a blockchain, meaning it is an item entered in a digital database. It has a unique identity that can be traced so you will know which version of it is the original. The token can then be attached to any piece of digital content to track that particular piece of content. If you download a copy of a JPG NFT, the file on your computer will not have the token attached to it and so it is worthless.

NFTs have existed since at least the early 2010s, when Bitcoin traders discovered it was possible to make Bitcoins that had unique identities. However, NFTs didn’t really become popular until around 2017. In that year, two different collectible items, known as CryptoPunks and CryptoKitties, were distributed using unique blockchain tokens to identify the originals. These digital collectibles suddenly became incredibly valuable, with some of them selling for over $1 million a piece.

In 2021, NFTs really started to capture mainstream attention after the respected auction house Christie’s announced it would auction an NFT created by digital artist Beeple. The NFT took the form of a JPG file depicting a collage of photos. Christie’s set the starting bid at $100. By early March, the bidding had reached $13 million.

NFTs gained further mainstream exposure during that same time when the band Kings of Leon announced they would sell their newest album as a NFT. The album would also be available to buy as usual in non-NFT form, but the (more expensive) NFTs of the album would be linked to special perks such as digital artwork or free concert tickets.

feeling honestly pretty embarrassed to admit i don't accidentally have a 3.5 million dollar pikachu nft in my wallet
@micsolana, March 4, 2021
YellowHeart is minting 18 unique-looking “golden tickets” as part of the Kings of Leon NFT release. Out of the 18, the band will auction six and vault the other 12 like a painter would do with a rare piece from a series of art.
Samantha Hissong, Rolling Stone, March 3, 2021

While crypto enthusiasts are excited about the potential for NFTs, NFTs are often met with the same skepticism reserved for cryptocurrency from outsiders.

Big announcement: instead of doing an NFT, pandering to the ultra rich while excluding the normal fans who built me up in the first place, all to make a quick buck, I’ve decided I’m just going to…keep releasing my music for everyone the normal way 🤷🏻‍♂️

To those entering the #NFT community, your family and friends will not understand.

Welcome to the club. ♥️

selling my nudes as NFT’s.

This is not meant to be a formal definition of NFT like most terms we define on Dictionary.com, but is rather an informal word summary that hopefully touches upon the key aspects of the meaning and usage of NFT that will help our users expand their word mastery.