What is love bombing?

Love bombing is the practice of showing a person excessive affection and attention as a way of manipulating them in a relationship.

Love bombing typically takes the form of showering a person with a combination of seemingly genuine expressions of love or attention, such as excessive praise, gifts, and grand gestures. In love bombing, this behavior goes beyond the heightened level of attention that can be common at the beginning of relationships.

It is thought to be part of a pattern of emotionally abusive behavior in which it is done to socially isolate and control a person by making them emotionally and socially dependent on the manipulator. After the manipulator gains a level of control, they often become distant and begin to engage in other forms of emotional abuse, such as gaslighting.

Love bombing is sometimes hyphenated (as love-bombing). It’s sometimes used in the verb form love bomb, as in Be wary of anyone who tries to love bomb you on the first date. A person who engages in love bombing can be called a love bomber.

Example: People who have been targeted with love bombing will tell you that it preyed on their low self esteem and made them feel special.

Less commonly, the term love bombing is sometimes used in a positive way as the name of a technique used by parents to bond with their children by focusing on positive attention and affection.

Where does love bombing come from? 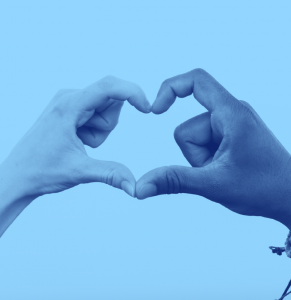 The term love bombing is used because it involves metaphorically “bombing” (bombarding) a person with seemingly sincere displays of love, affection, and attention.

The term love bombing has been used since at least the 1970s. The term and the manipulative strategy it refers to are often traced back to members of the Unification Church, a controversial religious sect commonly regarded as a cult. Its members (often negatively referred to as Moonies after founder Sun Myung Moon) are known to have used excessive flattery, admiration, and friendly conversation to attempt to recruit new members. Former members have referred to this strategy as love bombing.

Since the 1970s, the term love bombing has been extended to be used in the context of other kinds of relationships, particularly romantic ones.

Riding that thin line between telling my friends how much I love them and being concerned I might be love bombing.
@42Pigeons, January 9, 2022
Love bombing is a warning sign of a potentially controlling partner. This goes beyond the usual excitement of a new romance and the texting back and forth.
Daisy Turnbull, The Sydney Morning Herald, January 2, 2022

Love bombing is often used in the discussion of emotionally abusive behavior and the psychology behind it.

This is not meant to be a formal definition of love bombing like most terms we define on Dictionary.com, but is rather an informal word summary that hopefully touches upon the key aspects of the meaning and usage of love bombing that will help our users expand their word mastery.