What are hard pants?

Hard pants is an informal term for types of pants that are more rigid or uncomfortable than those primarily worn or designed for comfort. The term is typically applied to pants like jeans, khakis, and more formal pants in contrast to the kinds of pants informally called soft pants—those made with soft, stretchable fabrics, especially sweatpants and other forms of loungewear and athleisure pants.

The terms hard pants and soft pants were popularized during the COVID-19 pandemic—read more about that in the next section.

Example: I have to go into the office on Monday and I’m really not looking forward to wearing hard pants.

Where does hard pants come from? 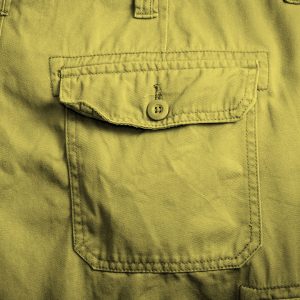 The term hard pants in reference to pants like jeans, khakis, and formal pants is thought to have emerged in the 2010s, but its use was initially uncommon.

Joey: I'm gonna have to wear hard pants to work
me: wtf are hard pants?
Joey: like jeans, not soft pants

The terms hard pants and soft pants were popularized during the COVID-19 pandemic, when many people began working from home and, consequently, choosing to wear more comfortable clothing. This especially included more casual and comfortable pants, since video conferencing typically only captures a person’s top half.

The increase in people wearing more comfortable clothing during this time influenced the fashion industry, and terms like hard pants and soft pants also featured in discussion of fashion trends.

The term hard pants is an example of a retronym—a new variation of an existing term that has been modified to make a distinction based on a change in how the thing is used or perceived. In this case, the modification of the simple term pants with the modifiers hard and soft reflects the popular distinction between comfortable pants and the less comfortable ones people wear to work or to dress up.

There are other terms that use a modifier to distinguish what kind of pants are being referred to. For example, formal pants are sometimes called dress pants. It’s not uncommon for a person who has to wear dress pants to work to call them work pants, as in My new job has a dress code, so I have to go out and buy a few pairs of work pants.

I put on "hard pants" (jeans) for the first time in a long time and wow these are leg prisons
@TheAshleyClem, May 5, 2020
Despite lofty pronouncements about sweatpants overtaking “hard pants,” the worldwide denim market is only getting bigger.
Haley Nahman, The New York Times, November 10, 2021

The term hard pants is often used in mild complaints about having to wear them, especially comments intended to be humorous.

why does my brain not work when i'm wearing comfy clothes?? why must i wear hard pants to think??

Office and hard pants day tomorrow, so got the Sunday dreads. Setting the alarm is particularly depressing

So are we gonna end up looking back on hard pants the same way we look back on corsets?

This is not meant to be a formal definition of hard pants like most terms we define on Dictionary.com, but is rather an informal word summary that hopefully touches upon the key aspects of the meaning and usage of hard pants that will help our users expand their word mastery.