What does 🌹 Rose emoji mean?

The rose emoji can be used to express romantic and non-romantic love and affection, as the flower is commonly given on Valentine’s Day or Mother’s Day.

The emoji can also convey a sense of beauty or signal alliance with democratic socialism.

Where does 🌹 Rose emoji come from? 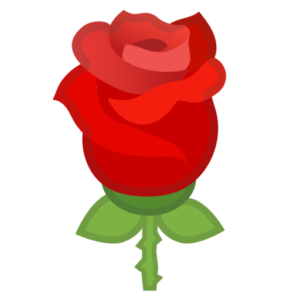 The rose emoji was approved under Unicode 6.0 in 2010. It depicts a budding rose flower with green sepals and stem. Its appearance is fairly uniform across platforms. 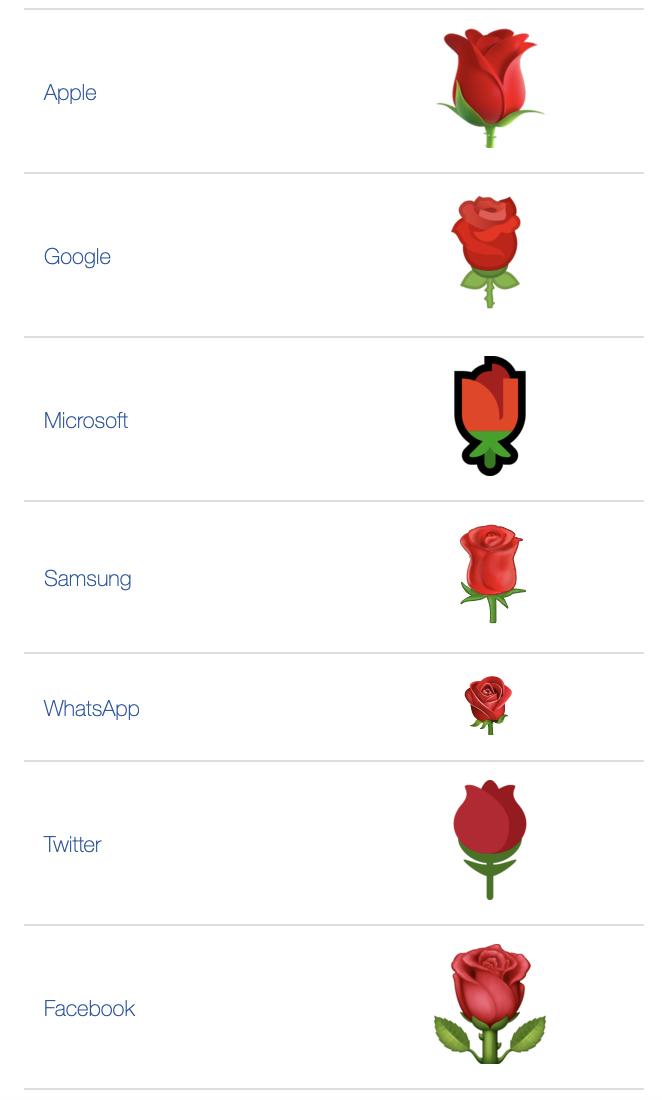 Roses have been a powerful symbol in Western culture, associated by the ancient Greeks with the goddess of love, Aphrodite, and by Christians in the Middle Ages with the Virgin Mary.

During the Victorian era, the practice of giving a romantic interest a rose, a symbol of passionate love, became well established—as we continue to do so today on occasions like Valentine’s Day, including in the emoji form of 🌹.

The rose emoji should not be confused with the wilted rose emoji, 🥀, which can symbolize sadness or loss.

Love is the greatest refreshment in life. 🌹
@Norika003, March 2019
Got plans this weekend? Why not do some socialism? 🌹 ...
@nycDSA, March 2019
She really has a seductive singing voice. Especially when she sing in English. And of course her sexy aussie accent. 💋🌹 #Blackpink #Rosé
@my_love_rosie, March 2019
SEE MORE EXAMPLES

The rose emoji is used in a wide range of contexts to express romantic love and affection, as on Valentine’s Day, an anniversary, or another special occasion …

He got me 🌷🌷 #Valentine's Day is about love. So thankful for all the love in my life. 🖤 if u feelin the love around you 🌹🌹 #ValentinesDay pic.twitter.com/i8f7XtUZuo

… as well as non-romantic love and affection more generally, as on Mother’s Day.

Happy #MothersDay to all Mothers.

Thank you for:
🌹All your sacrifices so your kids can have better futures.
🌹Your prayers.
🌹Working long hours & waking up early so there can be food on the table.
🌹Daily love even in 'small' things.
🌹Being our first teachers etc

"Together we make a family."🌹 dada i love youuu!!😩💓 pic.twitter.com/3PdFzLeCdK

The rose emoji is also commonly used to mark something as beautiful—including, yes, flowers themselves, as often paired with other flower emoji, like tulip (🌷)or cherry blossom 🌸.

🌷🌹💐 Flowers are the beauty of the earth, they are always with us. Flowers are one of the eternal symbols of kindness🙏 It's impossible to live without flowers, isn't it?🤗 #Flowers #ThursdayThoughts pic.twitter.com/ZVue4nwnwb

The rose can be a symbol of some socialist political movements, including the Democratic Socialists of America.

DSA chapters around the country are taking a leading role in the fight for energy democracy and a green energy transition.
https://t.co/WfwFjlIHxj

On a sadder note, roses are often laid for those who’ve passed away, lending rose emoji as a gesture of condolences.

From Dylan McKay, to Sub-Zero, to Fred Andrews…We always loved seeing Luke Perry on our screens.

This is not meant to be a formal definition of 🌹 Rose emoji like most terms we define on Dictionary.com, but is rather an informal word summary that hopefully touches upon the key aspects of the meaning and usage of 🌹 Rose emoji that will help our users expand their word mastery.