What is the Great Resignation?

The Great Resignation is an informal name for the widespread trend of a significant number of workers leaving their jobs during the COVID-19 pandemic. It’s sometimes also called the Big Quit.

The Great Resignation is typically discussed in relation to the US workforce but the phenomenon is international. It is thought to be the result of many different factors, notably workers’ dissatisfaction with current working conditions and personal reassessments of career and lifestyle due to the changes and hardships of the pandemic.

Example: The Great Resignation has resulted in uncertainty at many companies, which have had to alter their methods for recruiting and maintaining employees.

Where does Great Resignation come from? 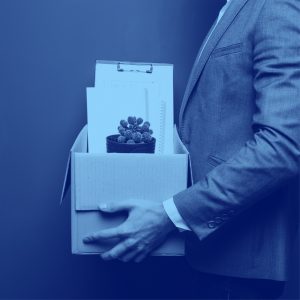 In Great Resignation, the word resignation refers to the act of resigning—formally leaving a job. The name is modeled on similar names for historically significant economic events, such as the Great Depression and the Great Recession, in which the word Great is used to indicate significant length and impact. The same thing is indicated by the word Big in the synonymous term Big Quit, in which quit is a more informal word for resign. The name echoes similar terms, such as the big bang, and titles of books and movies, such as The Big Short.

The first known use of the term Great Resignation is credited to business and management professor Anthony Klotz, who used the term in interviews and opinion pieces about the phenomenon in May 2021.

Did yall know people are calling this time "The Great Resignation" We had at least 8 people quit. Its a real thing.
@Anthony_Hartzog, July 20, 2021
The Great Resignation is making it clear that companies no longer have the same level of control over workers that they once did. Burned out by everything they’ve endured over the past year and a half, workers are prioritizing their mental and physical health.
Zoe Harte, Forbes, August 11, 2021

The term Great Resignation became popular as a concise way of referring to the widespread wave of resignations, especially in media reports and among human resources professionals.

Employers portraying themselves as the victims of the great resignation after decades of undervaluing and underpaying employees, treating them like they’re easy to replace, and making them believe that better options don’t exist is just so on brand for an abuser.

Sure am glad my boss is making us come back in 4 days a week, when literally no one, not even my supervisor, wants to come back in.

There's a reason the Great Resignation is happening right now.

the great resignation, everyones quitting. look for something better!

This is not meant to be a formal definition of Great Resignation like most terms we define on Dictionary.com, but is rather an informal word summary that hopefully touches upon the key aspects of the meaning and usage of Great Resignation that will help our users expand their word mastery.