What is the Omicron variant?

A variant of a virus is a new strain that has emerged due to a mutation (or mutations) in the virus’s genetic structure.

Use and awareness of the name Omicron variant became more common in news reports and public health communications in late 2021, including those about whether it could potentially be more contagious or more severe than previous variants, such as the Delta variant.

What is the Omicron subvariant?

The term Omicron subvariant most commonly refers to the BA.2 subvariant (subtype) of the Omicron variant. The BA.2 subvariant is sometimes called stealth Omicron (or the stealth variant) in casual use because it is somewhat more difficult to distinguish from other variants in lab tests. However, this does not mean that it’s not detectable at all. (Public health officials and medical experts have cautioned against the use of nicknames like stealth Omicron, which they say can cause panic and misconceptions about such variants.)

The BA.2 subvariant is just one of the subvariants of the Omicron variant. These subvariants have additional mutations not found in the original variant, but they are still similar enough not to be considered completely distinct variants.

Where does Omicron variant come from? 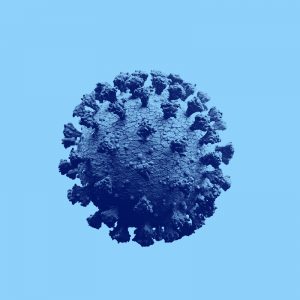 According to the World Health Organization (WHO), the Omicron variant was first reported in South Africa in November 2021 and detected in Canada soon after. In the name Omicron variant, the word omicron refers to the 15th letter of the Greek alphabet. The name was used by the WHO as part of their system of using Greek letters to identify major COVID-19 variants. Other major variants were named Alpha, Beta, Gamma, Delta, Lambda, and Mu.

The B.1.1.529 Variant was first labeled by the WHO as a “Variant Under Monitoring” (VUM). This category includes a large number of COVID-19 variants that may or may not have a higher risk of infection or severity. B.1.1.529 was named Omicron when it was reclassified as a “Variant of Concern” (VOC), a category reserved for variants associated with a higher risk to public health. The VOC classification includes the most severe variants of COVID-19, including the highly contagious Delta variant.

The name Omicron variant came to be well-known in late 2021 due to wide coverage of the variant by international media and international response to its classification by the WHO. Many countries, including the United States, restricted or banned travel to or from South Africa and some neighboring countries in an attempt to limit the spread of the Omicron variant.

Much more to learn about the new Omicron variant. Right now it is best to maximize protection by getting vaccinated if you haven’t already, or boosted if you are eligible.
@cyrusshahpar46, November 26, 2021
The World Health Organization is warning that the new omicron variant of the coronavirus poses a "very high" global risk because of the possibility that it spreads more easily and might resist vaccines and immunity in people who were infected with previous strains.
Scott Neuman, NPR, November 29, 2021

The name Omicron variant is the most common way to refer to the COVID-19 variant that’s technically known as B.1.1.529. It’s widely used by health experts and in media reports.

New Omicron Covid variant is a concern, WHO sayshttps://t.co/sMKNIRVSUk

Whether it’s the Omicron variant or the Delta variant, vaccination is key and wearing masks in public spaces. Preventing the spread of this virus requires all the tools in our toolbox.

The omicron variant is a reminder of what scientists have warned for months: COVID-19 will thrive as long as vast parts of the world lack vaccines. The hoarding of jabs by rich countries gives the virus more chances to mutate in vaccine deserts. https://t.co/m0jgGtz640

This is not meant to be a formal definition of Omicron variant like most terms we define on Dictionary.com, but is rather an informal word summary that hopefully touches upon the key aspects of the meaning and usage of Omicron variant that will help our users expand their word mastery.